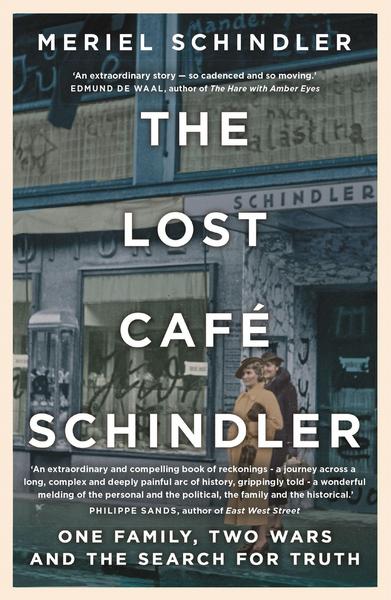 In a recent Reading Circle programme Andrew and Sandra Milne-Skinner introduced the book The Lost Café Schindler by Meriel Schindler. Launched in 1922 by two Jewish brothers, the grand Café Schindler in Maria-Theresien-Straße, Innsbruck offered guests a place to socialize, dance and forget the horrors of the First World War and the hardships of the peace that followed. It soon became the social centre of Innsbruck. And then the Nazis arrived.

Through the story of the Café Schindler and the threads that spool out from it, this moving book weaves together memoir, family history and an untold story of the Jews of the Austro-Hungarian Empire. The book has now been translated into German and Meriel Schindler came to Innsbruck to launch it. Andrew and Sandra were delighted to be able to secure an interview with her. They asked a range of questions about:

More about the author Meriel Schindler